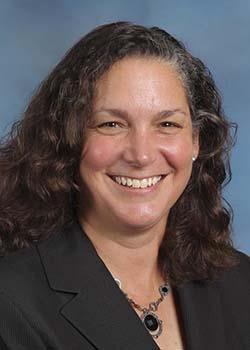 Lisa Small was named the eighth superintendent of schools for Township High School District 211 in October 2019, effective July 1, 2020.  Prior to being named superintendent, Dr. Small served as associate superintendent for instruction for six years, 2014-2020, and was instrumental in increasing advanced placement opportunities, as well as dual credit and career pathways course offerings, and implementing the District’s new wellness program and Student Readiness Plan.  Dr. Small previously served as principal at William Fremd High School for six years, from 2008-2014.  She began her teaching career in January 1992 at Stevenson High School before coming to Hoffman Estates High School as a science and mathematics teacher in August 1992.  Dr. Small moved into administration in 2000 when she was named an assistant principal at Hoffman Estates High School, serving in that role for two years.  She also coached girls and boys volleyball for 10 years while at the school.  In 2002, she was named assistant principal at Fremd High School, and then appointed as the District's director of instructional improvement in 2004 before being named principal.  Dr. Small received her bachelor’s degree in biology from The Ohio State University in 1991 and her master’s degree in curriculum and instruction – secondary education from Northern Illinois University in 1997.  She earned a certificate of advanced studies in educational leadership administration and supervision from National Louis University in 2000, and her doctorate of education in curriculum and instruction from Loyola University-Chicago in 2005.  Dr. Small was recognized by the Illinois State Board of Education with a Those Who Excel award in 2011, 2016, and 2018.

Assistant Superintendent for Curriculum and Instruction 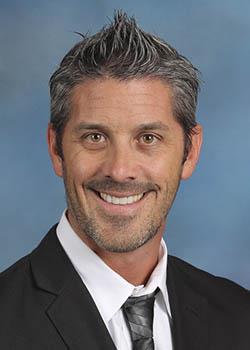 Assistant Superintendent for Curriculum and Instruction Joshua Schumacher directs District programs that provide student instruction and curriculum services, as well as long-range planning for education programs. Mr. Schumacher also oversees District student activities and athletics, as well as student college and career readiness. He is responsible for staff professional development planning, district and school improvement planning, and the English Learner program. Prior to being named assistant superintendent, Mr. Schumacher served as principal at Hoffman Estates High School from 2016-2020. Before being named principal, he served as an assistant principal at Hoffman Estates High School with responsibilities as activities director and overseeing building and grounds from 2014-2016, and responsibilities in the discipline office from 2011-2014.  He served as the school’s dean of students during the 2009-2010 school year. Mr. Schumacher began his teaching career as a biology and physical science teacher at Hoffman Estates High School in 2003, also serving as the boys swimming head coach from 2003-2011 and the girls swimming head coach from 2004-2010. He earned his bachelor’s degree in biological science from Illinois State University and his master’s degree in curriculum and instruction from Olivet Nazarene University. He earned a second master’s degree in educational administration from Northern Illinois University and is working on his doctorate in teaching and learning through Illinois State University. Mr. Schumacher is a nationally certified teacher through the National Board for Professional Teaching Standards, and also was recognized by the Illinois State Board of Education with a Those Who Excel award in 2014 as part of the Hoffman Estates High School SOAR Core Committee. 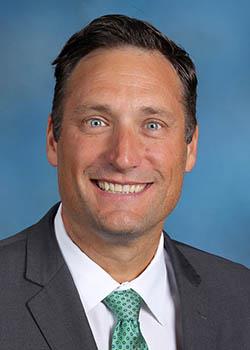 Assistant Superintendent for Administrative Services Kurt Tenopir oversees the functions of the Human Resources Department, recruitment and staffing, employee and labor relations, human resources compliance, and employee training and development. In addition to these primary duties, Mr. Tenopir also provides assistance to the Director of Administrative Services and Director of Communications. He was appointed to this position in 2021, following a career as William Fremd High School Principal that began in 2014. Mr. Tenopir began his District 211 career as a 12-month assistant principal at Fremd High School in 2011, after gaining administrative experience as an assistant principal for instruction at Deerfield High School and an assistant principal at Belvidere High school. He began his teaching career in 1998 as an English teacher in Nebraska before moving to Illinois to teach English in 2001. He received his bachelor’s degree in English education from Nebraska Wesleyan University in Lincoln in 1998, and a master’s degree in educational administration with an administrative endorsement from Northern Illinois University in 2005. In 2007, he received his superintendent’s endorsement from Northern Illinois University. 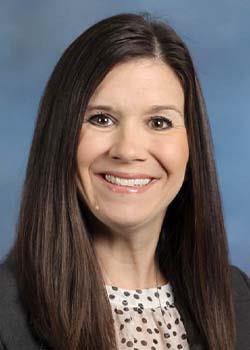 Chief Operating Officer Lauren Hummel coordinates the District’s purchasing, transportation, food service, custodial/maintenance, and accounting departments, as well as oversees financial planning and insurance programs. She also monitors state legislation and serves as the District’s FOIA officer. Mrs. Hummel earned a bachelor’s and a master's degree in dietetics from Illinois State University and received her chief school business official endorsement from Northern Illinois University in 2013. Mrs. Hummel began her career in District 211 as the Assistant Food Service Director in 2006. In 2008, she was promoted to director of food services. Mrs. Hummel was promoted to chief operating officer in 2014. 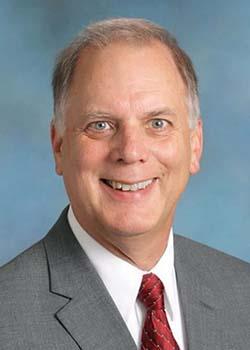 Chief Technology Officer Gary Gorson directs the District’s technology staff to support and improve student achievement by integrating technology throughout the District. He creates and facilitates a vision of integrating technology to support educational needs enabling improved student achievement, provides and ensures accessible data throughout the organization, and directs and enhances the effectiveness of the District’s skilled technology staff and daily operations. Mr. Gorson also leads development of the technology strategy for the District along with the continuous delivery of reliable technology services and the integration of educational technology within the instructional program. He supports school-level technology leaders working to infuse technology into the learning process. Mr. Gorson holds a bachelor’s degree in chemistry and a master’s degree in computer science, both from DePaul University. He has conducted additional studies in the Ph.D. program at Illinois Institute of Technology in Artificial Intelligence and at the MIT Sloan Business School Executive Program on Managing Technical Professionals. Prior to working in District 211, he gained technology leadership experience in both the private and public sectors as chief information officer in the hospitality industry and chief technology officer for Lake County Illinois. Since 1999, he has been a member of the Adlai E. Stevenson High School District 125 Board of Education (Lincolnshire, Ill.), as well as chair of the Finance and Executive Technology Committees. 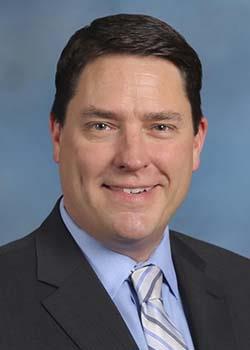 Director of Administrative Services Matt Hildebrand monitors adherence to legal guidelines in matters of school discipline, attendance, expulsions, and residency requests, as well as serving as the District’s homeless liaison. He is responsible for coordinating school safety planning and emergency preparedness. He also coordinates students placed in alternative school settings. Before coming to the administration center in 2014, his career began as an art teacher at Schaumburg High School in 2001. He was promoted to 10-month assistant principal at Schaumburg High School in 2006, and was named the 12-month lead disciplinarian assistant principal in 2008. From there, Mr. Hildebrand became the 12-month assistant principal for buildings and grounds, staff development, and school improvement in July 2010. Mr. Hildebrand holds a master’s degree in Education from Olivet Nazarenet University (Bourbonnais, Ill.), a type 75 educational leadership certification from Illinois State University, and a bachelor’s degree in studio art, with a minor in art history from Clarke University (Dubuque, Iowa). 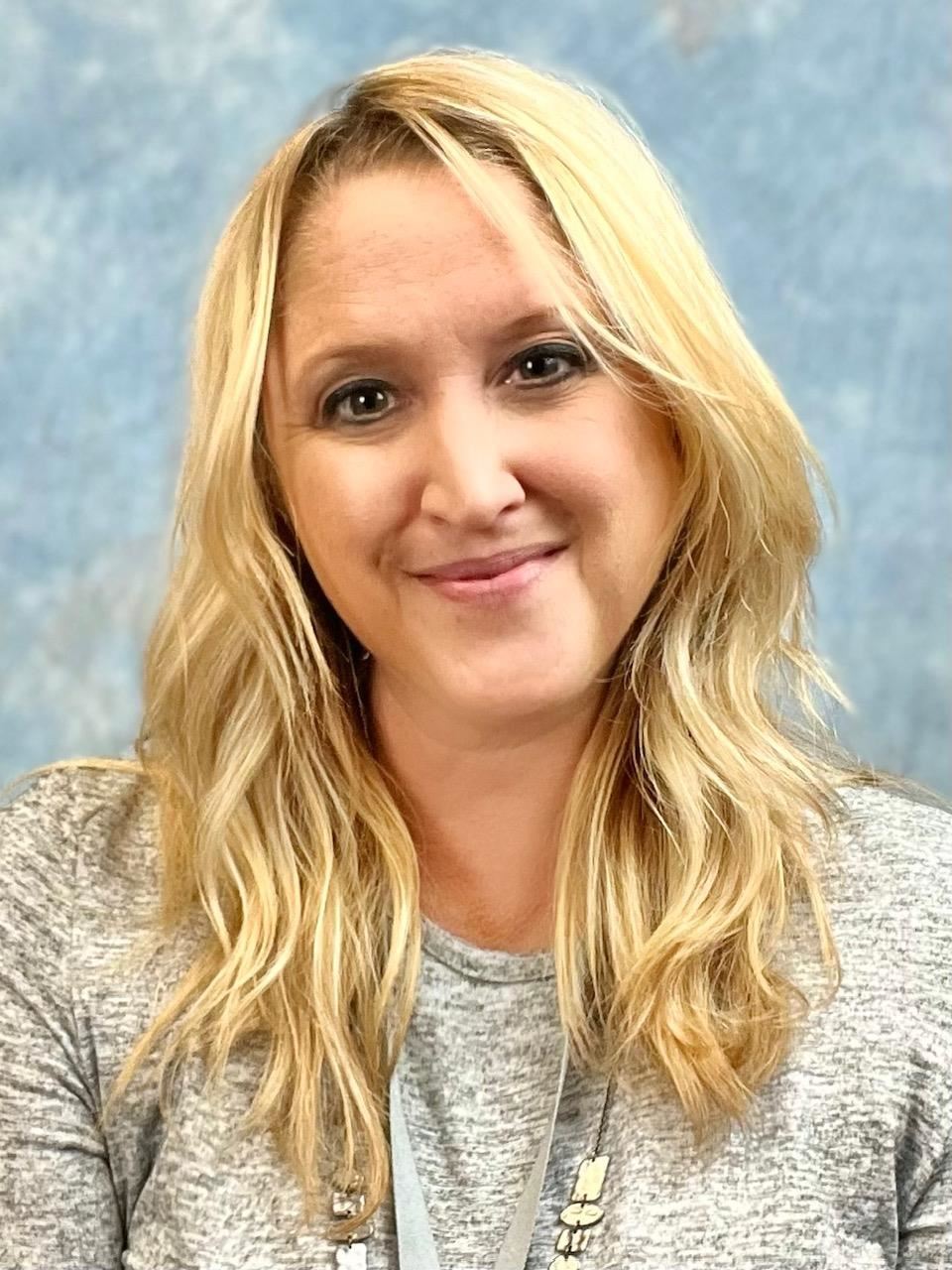 Director of Communications Erin Holmes oversees the communications team in supporting web content, social and traditional media strategy, video production, printed District and school publications, District messaging, and the creative telling of the District's story in a way that further engages stakeholders. Ms. Holmes holds a bachelor's degree in English from the University of Michigan, studied journalism at Reuter's News Agency in London and Dublin through Michigan State University, and completed additional hours toward a master's degree in strategic marketing and communications through the University of Missouri. After moving to the Chicago area from her native Michigan in 1999, she began her career as a journalist at the Daily Herald, covering education and, later, criminal courts in Cook County. She served as the media manager at Harper College (2008-2013), completed a six-month stint as the interim associate director of annual giving and special events in the college's Foundation, and most recently was the Assistant Director of Community Engagement and Outreach at High School District 214, also serving as the Executive Director of its Foundation (2013-2021). She is a guest lecturer in DePaul University master's classes and has been an active volunteer and member of the Publicity Club of Chicago and the Illinois chapter of the National School Public Relations Association.